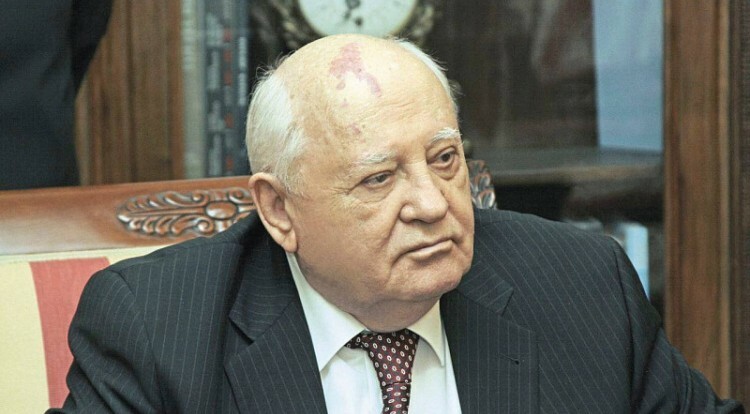 On April 22, at 18:00 (+3 GMT), at the Moscow International Multimedia Center, within the framework of the project "Mikhail Gorbachev: historical portrait and artistic image", American director Philip Diaz and South African producer Marius Fransman present the project of a feature film about the meeting of Mikhail Gorbachev and Ronald Reagan in 1986 “For the love of the bomb”; Oleg Zimarin, the General Director of "Ves Mir Publishers" (Izdatelstvo Ves Mir, IVM) will present new books "Understanding Gorbachev: From letters to the ex-President of the USSR", "Gorbachev: urok svobody (The lesson of freedom)", “Mikhail Gorbachev. Essential thoughts; Executive Director of the Gorbachev Foundation Olga Zdravomyslova will give a tour of the virtual museum "Mikhail Gorbachev: Life and Reforms". The event is organized by the Gorbachev Foundation, TV BRICS international media network, the "Ves Mir Publishers", the Moja Media holding (South Africa).

The pitching of the feature film “For the love of the bomb”, co-produced by South African company Moja Media (TV BRICS partner in South Africa) and Cinema Libre (USA) will open the program. The plot of the film is based on real events. It is based on the meeting of Mikhail Gorbachev and Ronald Reagan in 1986 in Reykjavik, which was an important stage in the Soviet-American negotiation process on strategic offensive weapons and the first step towards the end of the Cold War era. The Producer of the film is Marius Fransman, South African public figure, Chairperson of the Western Cape African National Congress (2011-2016), Deputy Minister of International Relations and Cooperation of South Africa (2010-2014), CEO of Moja Media. The film was written and directed by Philip Diaz, an American producer known for the films "Bengal Nights" (1988), "Now and Later" (2009); participant and prize-winner of 47 international film festivals. He is the producer of more than 25 feature films and documentaries; the creator of an independent film studio in Hollywood, Cinema Libre.

The "Gorbachev. The Lesson of Freedom" book is a collection of texts by contemporaries, participants and eyewitnesses of perestroika, representatives of subsequent generations interested in the fate of Russia, written for the 90th anniversary of Mikhail Gorbachev. Ruslan Grinberg, the executive editor of the book, Research Director of the Institute of Economics of the Russian Academy of Sciences, Professor of the Lomonosov Moscow State University and the Pan-European University (Bratislava) will tell us about the "Gorbachev. The lesson of Freedom " book.

Oleg Nevezhin, host at TV BRICS, graduate of GITIS (Russian Institute of Theatre Arts), theater and film actor, artist of the theater "Arlenikiada”, will read out excerpts from letters addressed to Mr.Gorbachev, included in the book "Understanding Gorbachev: From letters to the ex-President of the USSR”. Vladimir Polyakov, the editor of the book, the press secretary of the Gorbachev Foundation, the TASS correspondent in South Africa (1978-1984), will make an introductory speech.

Michael S. Karlen, an editor, a public figure and researcher from Switzerland, member of the Permanent Mission of Switzerland to the United Nations (until 2005), secretary General of the non-profit organization Comprehensive Dialogue among Civilizations (CDAC) will present the “Mikhail Gorbachev. Essential thoughts” book.

Guests of the evening are Suzanne Massie, adviser to US President Ronald Reagan, author of the book "Trust but verify"; Lyudmila Petrushevskaya, novelist and poet, playwright and screenwriter.

TV BRICS is a multimedia platform uniting a channel with its own broadcasting, a broadcasting block under the TV BRICS brand on partner channels, including foreign ones, and an editorial board of the tvbrics.com internet media. TV BRICS is a joint editorial board of international media working in 5 BRICS countries and preparing materials in four languages – Russian, English, Chinese, and Portuguese. The mission of TV BRICS international media platform is to form a common information space in support of the processes of coordinated economic and social development of the BRICS countries.

"Ves Mir Publishers" (Izdatelstvo Ves Mir, IVM) was established in July 1994. It specializes in the publication of literature on social sciences and humanities. The books of the publishing company have repeatedly become laureates of both Russian and international book competitions. "Ves Mir Publishers" is a member of the Russian Publishers Association.

The Moja Media holding unites 3 TV channels (BRICS TV, Root TV, TELESUR Africa). The BRICS TV channel OF Moja Media holding began broadcasting in July 2018 via the StarSat satellite, with coverage in 30 countries of the African continent. Moja Media has been a partner of TV BRICS International Media network since 2018.