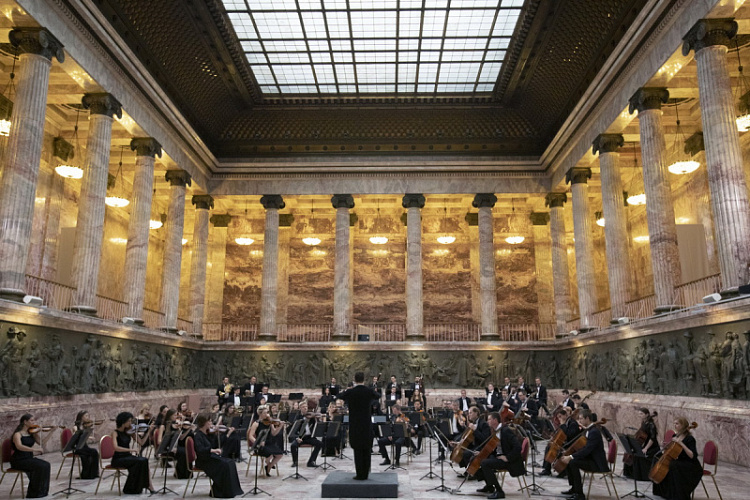 TV BRICS will air on the “Rostelecom” and “Akado” cable networks, as well as on the TV BRICS YouTube channel and on the tvbrics.com website, which will feature recordings of music pieces performed by the Digital Orchestra members, interviews with musicians, films and reports about the project. The material will be translated to Chinese, Portuguese and English languages and will be presented to the viewers of the BRICS countries.

The Digital Orchestra by Golikov is an international project launched at the initiative of the Russian conductor Mikhail Golikov. The aim is to create a multimedia platform for bringing the world's best musicians together, where they can learn from each other and together make their greatest musical dreams come true. The Digital Orchestra came to life in Ludwig van Beethoven’s 250th anniversary year. The project started with the recording of five odd-numbered symphonies of the great German composer.

The project participants will record concerts and separate symphonies so that the audiences could “attend” the hall and enjoy the orchestra’s performance from any point on the planet. A number of unusual locations will act as a “hall”, for instance - in Saint Petersburg it will be Russian Ethnographic Museum, Peter and Paul’s Fortress, Annenkirche, Street-Art Museum, a tram depot, ArtPlay space, “Palma” mansion and Vitebsk railway station.