Book presentation in collaboration with the embassy of Brazil 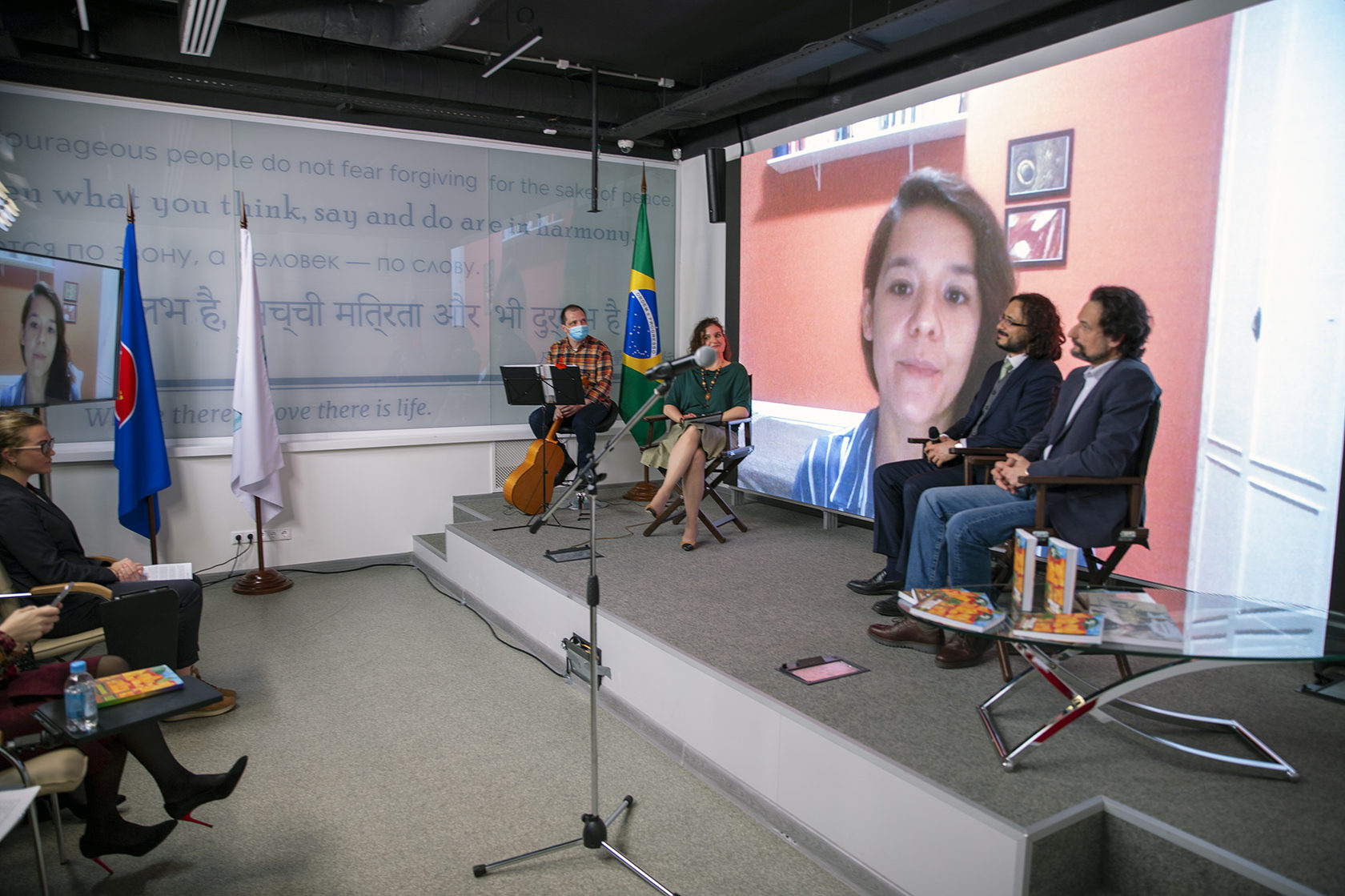 The event was started off with a welcoming speech by cultural attaché. Following that Dmitry Gurevich told about the richness of Brazilian Portuguese language and Evgeniya Kodintseva read excerpts from the collection accompanied by music. Participants and guests were also shown short video lectures about Brazilian culture & language.

“Brazilian Tales” collection includes works by two of the most prominent Brazilian XXth century writers - Clarice Lispector and Lygia Fagundes Telles. Clarice Lispector, who was born in Ukraine territory and has Russian roots emigrated to Brazil at the age of 1 because of the Civil War in Russia. Her works are known around the world for their universal character. Lygia Fagundes Telles - the greatest Brazilian authoress alive is a laureate of a number of literary awards, including the Camões Prize (2005). In 2016, aged 92, she was nominated to the Nobel Prize in Literature.

The book is published with the support of the Ministry of Foreign Affairs of the Federative Republic of Brazil and the Embassy of Brazil to the Russian Federation.

Born in Sao Paulo in 1923 in an attorney’s family Lygia Fagundes Telles spent her entire childhood travelling - it helped her to learn about ways of life in all different corners of Brazil. She strived to become a writer since her adolescence and published a story collection while still studying at university. Throughout 60s-80s her creativity was at its prime. Lygia Fagundes Telles was awarded with almost all XXthcentury literary prizes. She released several story collections, two novels and was nominated to a Nobel Prize. She worked as a lawyer until recently. She lives in Rio de Janeiro and confesses to be a happy mother & wife.

Clarice Lispector (1925-1977) was born in a jewish family in Ukrainian town of Chechelnik. Escaping the pogroms parents took the 2-year young daughter to Brazil, where she became a famous writer. Clarice Lispector has worked as a diplomat, journalist, interpreter. She travelled a lot around the world, also lived in Europe & the USA. She became a laureate of numerous literary prizes, her works were translated to many languages and many were adapted to film. The authoress was extraordinarily beautiful and charming, her portraits were painted by many famous artists. American translator Gregory Rabassa wrote about her - “I was flabbergasted to meet that rare person who looked like Marlene Dietrich and wrote like Virginia Woolf.”